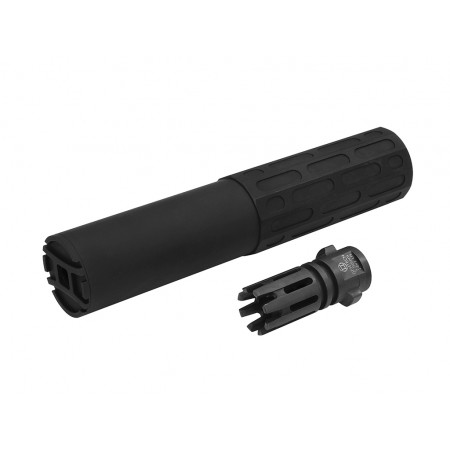 Please contact www.evike.com for the USA purchase of this item.

The Gemtech ONE is by far one of the most versatile real rifle suppressor options out there. Covering an entire assortment of calibers, it sits right at home at the end of almost any rifle, from the 5.56 chambered M4 to the 7.62x39mm AK, even at the end of the big boys like .300 Winchester Magnum long rifles. Simply put, it looks badass and it fits most rifles out there.

EMG has faithfully recreated Gemtech's awesome design by bringing to the world the Gemtech licensed ONE Airsoft Mock Suppressor unit. Right on the front of the can is Gemtech's logo cap, like the real thing, as well as accurate trademarks. Included with the ONE mock suppressor is a QD flash hider that fits all 14mm negative threaded barrels.

The icing on the cake is the fact that the EMG Gemtech ONE can also be equipped with a Tracer Unit. Let's just say that this is quite possibly one of the coolest mock suppressors to ever hit the market. 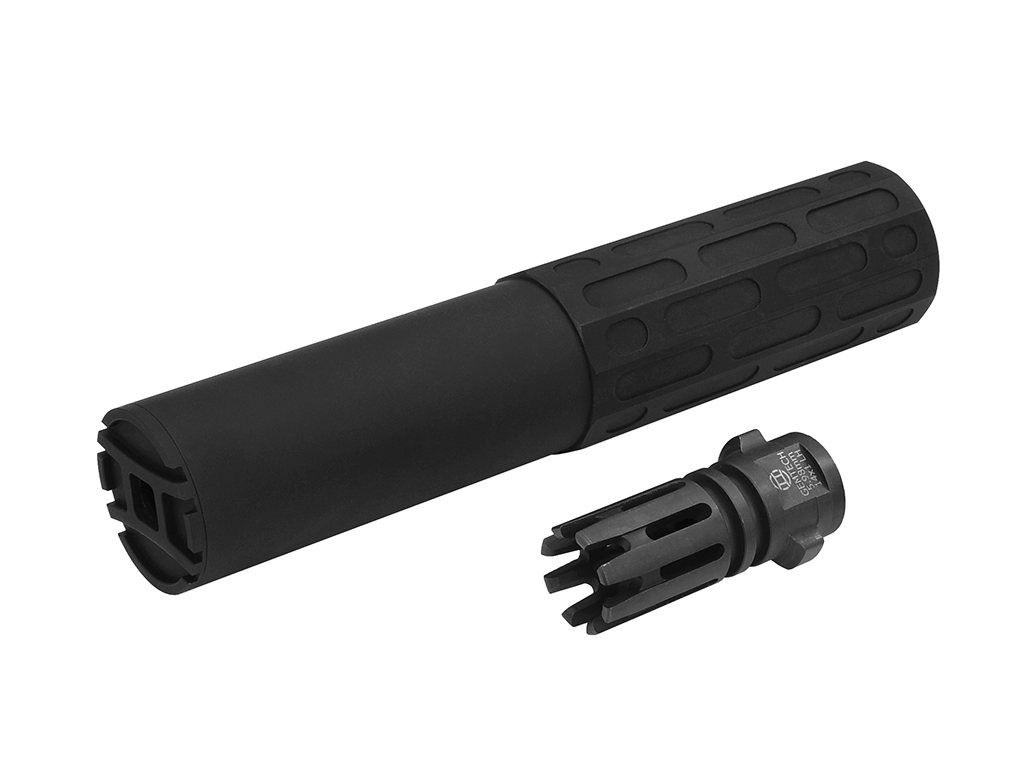